“The Trouble with Islam”

I have been very remiss. Other than admit that and apologize for it, I am not sure what else I can do. I promised myself and urged my partners when we started this “Reflection” site that we will never, does not matter what the circumstances are, to let it go “dry” for so long. Once a month we agreed and to take turns. However for the last 6-7 months it was my turn and I did nothing about it. My excuse is that I was extremely busy, really. However that is only an excuse. I could have always found the 2-3 more hours to devote to it and write something. The real reason was that I was “energy drained”. We were working on two large projects, the sale of our Radisson JFK (please see our new Case Study on JFK’s comprehensive renovations which led to the sale) and the buying of a very exciting new project in Texas. Both certainly justify a few reflection articles each and I promise that those will appear on this site some time soon. However, while we were doing them, the energy they required just left me personally drained. The tension was palpable, the stress level very high. Anyway I am writing these words after we successfully completed the transaction to sell the JFK hotel and a day before we are likely to firm up the acquisition of the Texas property. So the tension is still there but it seems positive and I decided to put this article on the site instead of doing an original piece.

This article was published in the Wall Street Journal on April 3rd. I read the WSJ every day and usually read their editorial pages nearly from top to bottom. I think that it is a great paper and one of the few voices of sanity around. I do not always agree with them and in many cases I do not agree with some of what they say, but overall it is still the paper that best reflects my view on life. If as I suspect I should have asked for their permission to reproduce the article here, I apologize for not doing it. In the internet world that we live in these copyright issues are becoming very difficult to maintain and are the subject of more than one complicated and famous litigation including Supreme Court cases. So again I apologize for not following the rules but I very much believe in what the article says and was so impressed reading it that I felt that the exposure to our little audience will not hurt the WSJ or the author- Dr. Tawfik Hamid.

The article speaks for itself. Its importance lies in the fact that we are facing a Herculean struggle with the “dark” forces of fundamental and extreme Islam. Let there be no doubt about that. This struggle is as difficult and as critical for the world and human beings as was the Cold War and even the World Wars before that. One should never underestimate the importance and seriousness of this struggle.

The article is very enlightening and discusses a major element of that struggle-Is it only a minority that is behind the struggle or does the majority of Islam acquiesce with the fight led by the extremists and how does the culture of politically correct “do gooders” in the West effect the struggle inside the world of Islam?

Enjoy the reading and I promise that next time I will do something original reflecting on the two major deals I mentioned above.

The Trouble with Islam 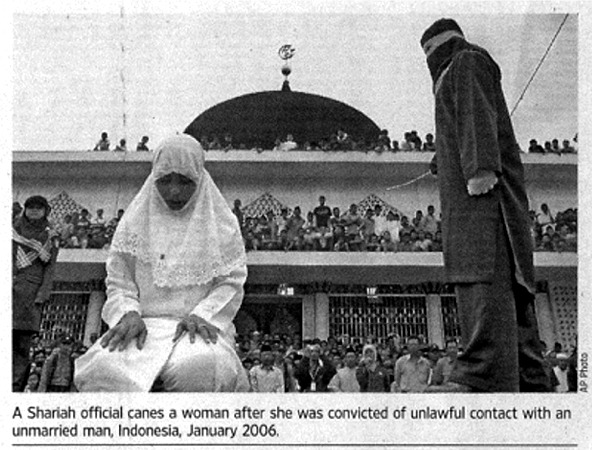 Not many years ago the brilliant Orientalist, Bernard Lewis, published a short history of the Islamic world’s decline, entitled ‘What Went Wrong?” Astonishingly, there was, among many Western “progressives,” a vocal dislike for the title. It is a false premise, these critics protested. They ignored Mr. Lewis’s implicit statement that things have been, or could be, right.

But indeed, there is much that is clearly wrong with the Islamic world. Women are stoned to death and undergo clitorectomies. Gays hang from the gallows under the approving eyes

of the proponents of Shariah, the legal code of Islam. Sunni and Shia massacre each other daily in Iraq. Palestinian mothers teach 3-year-old boys and girls the ideal of martyrdom. One would expect the orthodox Islamic establishments to evade or dismiss these complaints, but less happily, the non-Muslim priests of enlightenment in the West have come, actively and passively, to the Islamists’ defense.

These “progressives” frequently cite the need to examine “root causes.” In this they are correct: Terrorism is only the manifestation of a disease and not the disease itself. But the root-causes are quite different from what they think. As a former member of Jemaah Islamiya, a group led by al Qaeda’s second in command, Ayman al-Zawahirl, I know firsthand that the in humane teaching in Islamist ideology can transform a young, benevolent mind into that of a terrorist. Without confronting the ideological roots of radical Islam it will be impossible to combat it. While there are many ideological “rootlets” of Islamism, the main tap root has a name _ Salafism, or Salafi Islam, a violent, ultra-conservative version of the religion.

It is vital to grasp that traditional and even mainstream Islamic teaching accepts and promotes violence, Shariah, for example, allows apostates to be killed, permits beating women to discipline them, seeks to subjugate non-Muslims to Islam as dhimmis and justifies declaring war to do so. It exhorts good Muslims to exterminate the Jews before the “end of days.” The Near deafening silence of the Muslim majority against these barbaric practices is evidence enough that there is something fundamentally wrong.

The grave predicament we face in the Islamic world is the virtual lack of approved, theologically rigorous interpretations of Islam that clearly challenges the abusive aspects of Shariah. Unlike Salafism, more liberal branches of Islam, such as Sufism, typically do not provide the essential theological base to nullify the cruel proclamations of their Salafist counterparts. And so, for more than 20 years I have been developing and working to establish a theological-rigorous Islam that teaches peace.

Yet it is ironic and discouraging that many non-Muslim, Western intellectuals-who unceasingly claim to support human rights-have become obstacles to reforming Islam. Political correctness among Westerners obstructs unambiguous criticism of Shariah’s inhumanity. They find socioeconomic or political excuses for Islamist terrorism such as poverty, colonialism, discrimination or the existence of Israel. What incentive is there for Muslim to demand reform when Western “progressives” pave the way for Islamist barbarity? Indeed, if the problem is not one of religious beliefs, it leaves one to wonder why Christians who live among Muslims under identical circumstances refrain from contributing to wide-scale, systematic campaigns of terror.

Politicians and scholars in the West have taken up the chant that Islamic extremism is caused by the Arab-Israeli conflict. This analysis cannot convince any rational person that the Islamist murder of over 150,000 innocent people in Algeria which happened in the last few decades-or their slaying of hundreds of Buddhists in Thailand, or the brutal violence between Sunni and Shia in Iraq could have anything to do with the Arab-Israeli conflict.

Western feminists duly fight in their home countries for equal pay and opportunity, but seemingly ignore, under a façade of cultural relativism, that large numbers of women in the Islamic world live under threat if beating, execution and genital mutilation, or cannot vote, drive cars and dress as they please.

Western appeasement to their Muslim communities has exacerbated the problem. During the four-month period after the publication of the Muhammad cartoons in a Danish magazine, there were comparatively few violent demonstrations by Muslims. Within a few days of the Danish magazine’s formal apology, riots erupted throughout the world. The apology had been perceived by Islamists as weakness and concession.

Worst of all, perhaps, is the anti-Americanism among many Westerners. It is a resentment so strong, so deep-seated, so rooted in personal identity, that it has led many, consciously or unconsciously, to morally support America’s enemies.

Progressives need to realize that radical Islam is based on an anti-liberal system. They need to awaken to the inhumane policies and practices of Islamists around the world. They need to realize that Islamism spells the death of liberal values. And they must not take for granted the respect for human rights and dignity that we experience in America, and indeed, the West, today.

Well-meaning interfaith dialogues with Muslims have largely been fruitless. Participants must demand-but so far haven’t-that Muslim organizations and scholars specifically and unambiguously enounce violent Salafi components in their mosques and in the media. Muslims who do not vocally oppose brutal Shariah decrees should not be considered “moderates.”

All of this makes the efforts of Muslim reformers more difficult. When Westerners make politically-correct excuses for Islamism, it actually endangers the lives of reformers and in many cases has the effect of suppressing their voices.

Tolerance does not mean toleration of atrocities under the umbrella of relativism. It is time for all of us in the free world to face the reality of Salafi Islam or the reality of radical Islam will continue to face us.

Dr. Hamid, a onetime member of Jemaah Islamiya, an Islamist terrorist group, is a medical doctor and Muslim reformer living in the West.